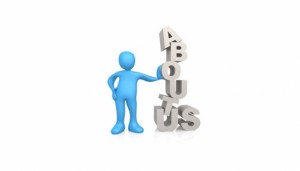 Computer mediated communications (CMC) has significantly altered the interaction patterns as we text, voice chat, and video chat with others on a daily basis and even every few minutes. Tweets and status updates help us communicate to wide audiences like never before.  Such proliferation of mass media has been at a global level where people from diverse cultures and languages have adopted the World Wide Web (WWW) for convenient and instant communications.

In addition to the content generated as a result of communication in the form of discussion forum posts, news articles and comments, a plethora of content is being produced all across the world on the Internet. Some may believe that the boundaries between the Internet and the physical world have blurred. Therefore, the Internet is where we all dwell!

Communication via text summons the language skills of respective users. These languages could be any – English, French, German, Spanish, Arabic, Farsi, Hebrew, Hindi, Swahili, Urdu, Turkish, etc.  Such beautiful languages may have further blossomed via the Internet where so much more communication is taking place at every moment at an international level. As we communicate more, we may without realizing be polishing our respective language skills. On the other hand, the greater use of Internet may inhibit a language from flourishing and gradually may lead to its weakening and ultimate demise at least in the sense of its alphabet. A linguist may surely be able to provide a better idea of the relevant research in this area. Nevertheless, it is not hard to imagine the dynamic of languages in CMC.

This brings us to look into a situation where bilinguals may mix certain words between languages. For example, a person who speaks both English and Swahili, may start mixing words inadvertently while communicating with someone who is also a similar bilingual. Lets take this a step forward. Imagine a person who speaks and writes good English and has Urdu has his/her first language. As you may be aware, Urdu is a language that has an alphabet similar to Farsi/Arabic. It is written in the opposite direction from English – right to left, and thus having different alphabets from English. Therefore, just to avoid the hassle of having an Urdu/Arabic/Farsi keyboard, the person may simply use the English alphabets to communicate with another person online. Although the language when read may sound like Urdu, but is written in the English alphabets. This has given rise to a widely observed phenomena among Urdu speakers especially using the Internet to write in Roman Urdu.

Roman Urdu is thus the name used for the Urdu language written with the Roman or Latin alphabet. Although opposed by traditional Urdu lovers who read and write Urdu in the Arabic/Farsi alphabet, Roman Urdu has taken root in a somewhat unorganized manner especially online and it also seems quite popular and pervasive among the Urdu conversant youth. A number of factors may explain the rise of Roman Urdu (or maybe another language having a similar fate):

It can thus be concluded how among other factors, media has the potential to greatly affect a language. Another argument also holds great weight. A language is only valuable when people use it to communicate. Power to the people who would decide whether they want to do away with a language or its alphabet and the entire culture, history and ethos attached to it.  People actually determine the growth and use of a language in its true form but at the same time, technology based communication plays a vital role in shaping the use of a language. What is also quite visible is that the advent of the Internet has indeed brought about a revolution whose dynamics are still being understood and further explored.

View all posts by ProfessorKhan

Dr. Khan is an Associate Professor at Ohio University and the founding Director of the Social Media Analytics Research Team (SMART) Lab. As a computational social scientist he researchers user engagement, understanding its antecedents, and measuring its impacts in government, business, and organizational communication.